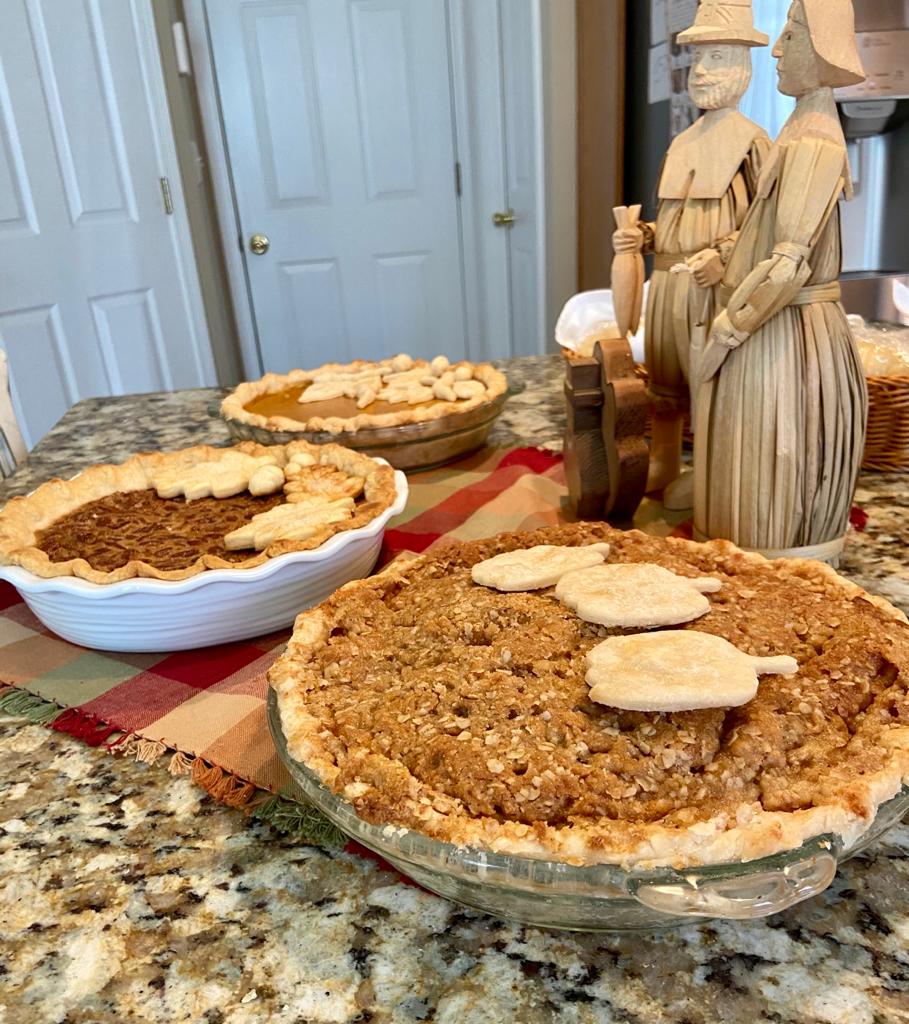 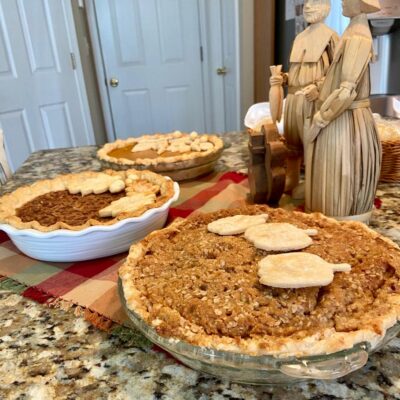 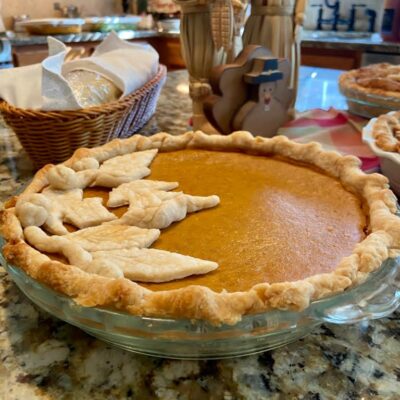 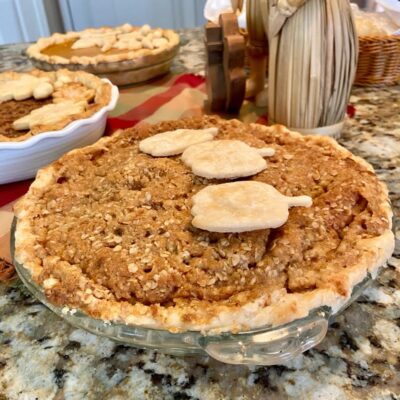 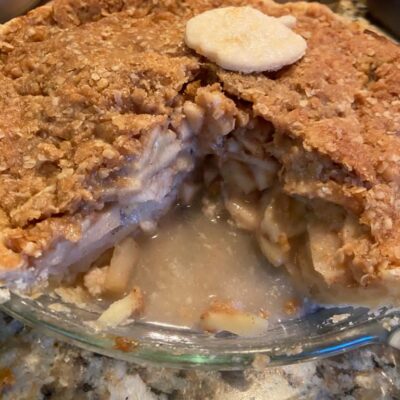 As some of you know, for me food and cooking are more than mix up ingredients, more than recipes and more than eat.

Cooking is every time a new experience either I cook by myself or when I cook with you in my cooking classes.

Cooking represents traditions and Thanksgiving is the most fantastic celebration of food.

I wanted to write this article because Thanksgiving is the day in which you thank because you are grateful for something, and even if I am not American, I want to thank all my friends I came across during this beautiful job I do.

Some of them have been more than a gift, something that brings a new light to your life, an important enhancement.

Particularly I have to thank Joanna www.chefjoannaskitchen.com

for her collaboration with me in “Simple Cooking Cooking Show” every week since the beginning of Pandemic, but above all for her support and motivation.

Thanks to Marisa from NY who I met at  Lorenzo’stay in my native Village, San Gusmè, www.borgosangusme.com

and since then we have never stopped writing and meeting online.

Particularly thanks to Todd !!! He is an incredible man with an extraordinary family. It was thanking him that I tried three original dishes from American tradition.

He explained to me that the dinner traditionally consists of dishes found in North America – Turkey, potatoes, bread stuffing/dressing made from wheat/corn, casseroles made with squash or green beans or corn (maze), cranberries in a gel or sauce, apple pie, pecan/walnut chess pie, apple/cranberry/nut pie and always pumpkin pie.

The pictures you see are from him and his family’s preparation.

Hereunder the history of this celebration that comes from Todd’s email.

Its origins are traced back to 1612 from the first pilgrims from England celebrating a thanksgiving of harvest as they prepared to enter their first winter. There are different stories of who participated, where it was held, what they are, etc. but no real official documentation but handed down over generations. People in Canada and USA today celebrate thanksgiving for harvest and blessings…just different times in the Fall. In Canada, harvest is usually in September and by now snow is already on the ground in the fields.

As for the USA, in our early stages of our the United States of America becoming an independent nation, our congressional congress passed the last Thursday in November as a National Day of Prayer and Thanksgiving:

The Continental Congress, the legislative body that governed the United States from 1774 to 1789, issued several “national days of prayer, humiliation, and thanksgiving”,[39] a practice that was continued by presidents Washington and Adams under the Constitution, and has manifested itself in the established American observances of Thanksgiving and the National Day of Prayer today. This proclamation was published in The Independent Gazetteer, or the Chronicle of Freedom, on November 5, 1782, the first being observed on November 28, 1782:

By the United States in Congress assembled, PROCLAMATION.

It being the indispensable duty of all nations, not only to offer up their supplications to Almighty God, the giver of all good, for His gracious assistance in a time of distress, but also in a solemn and public manner, to give Him praise for His goodness in general, and especially for great and signal interpositions of His Providence in their behalf; therefore, the United States in Congress assembled, taking into their consideration the many instances of Divine goodness to these States in the course of the important conflict, in which they have been so long engaged; the present happy and promising state of public affairs, and the events of the war in the course of the year now drawing to a close; particularly the harmony of the public Councils which is so necessary to the success of the public cause; the perfect union and good understanding which has hitherto subsisted between them and their allies, notwithstanding the artful and unwearied attempts of the common enemy to divide them; the success of the arms of the United States and those of their allies; and the acknowledgment of their Independence by another European power, whose friendship and commerce must be of great and lasting advantage to these States; Do hereby recommend it to the inhabitants of these States in general, to observe and request the several states to interpose their authority, in appointing and commanding the observation of THURSDAY the TWENTY-EIGHTH DAY OF NOVEMBER next as a day of SOLEMN THANKSGIVING to GOD for all His mercies; and they do further recommend to all ranks to testify their gratitude to God for His goodness by a cheerful obedience to His laws and by promoting, each in his station, and by his influence, the practice of true and undefiled religion, which is the great foundation of public prosperity and national happiness. 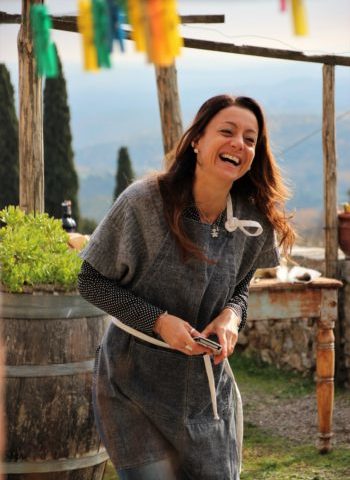 I hail from San Gusmè, a typical village in the Chianti countryside.

I have inherited from my aunt (Zia Nara) the art of cooking and all her ancient recipes. Take a moment to imagine those poor families in years gone by, limited to using only the local products available to feed their hungry families. With my husband we have revisited the old recipes using the same simple products, I reinterpret this classic Tuscan cuisine, reviving the ancient recipes and sharing the legendary tales that accompany these old recipes to provide you with a simple method to produce these mouth-watering dishes in the comfort of your own home.

The highest quality ingredients originate from our local farmers and agriculturists are the basis of all our classic.