The naughty history of the Tiramisu 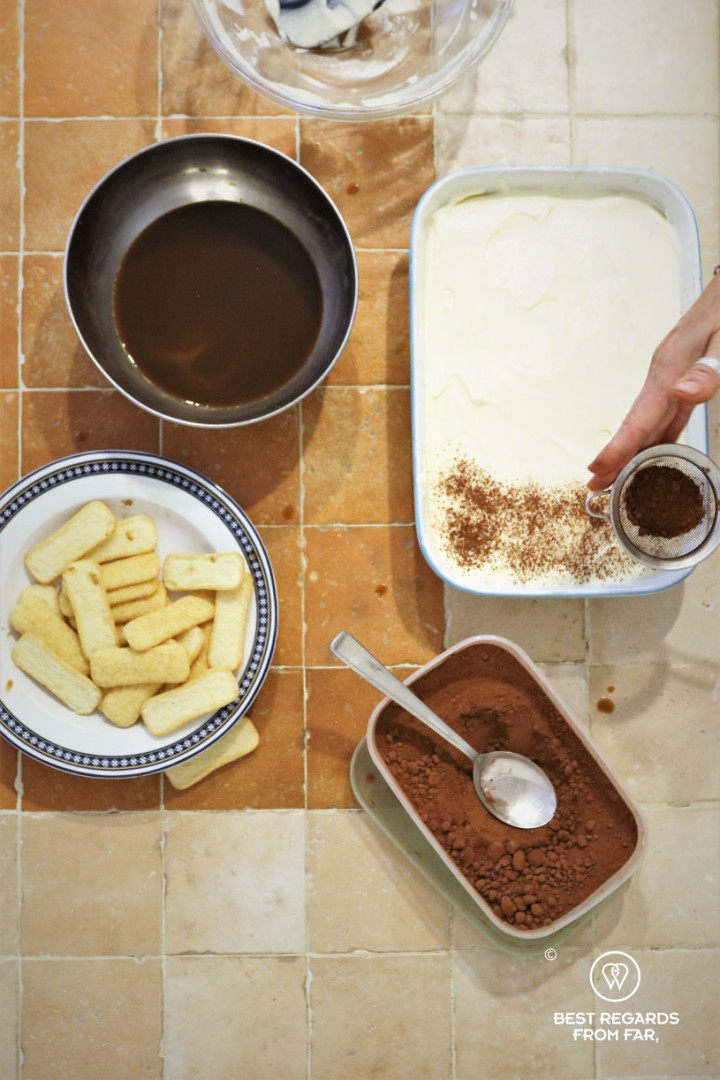 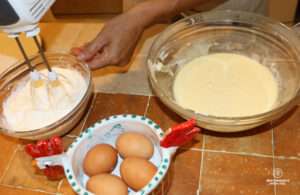 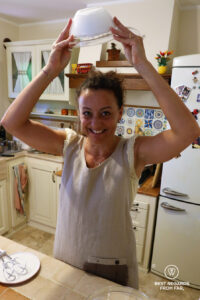 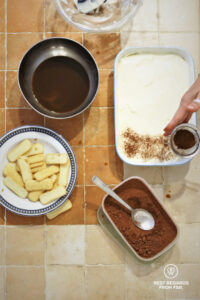 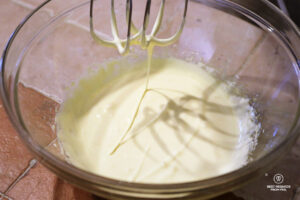 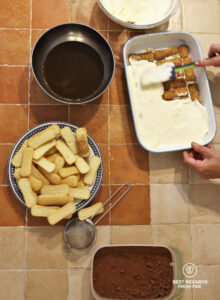 Posted on September 1, 2020 by bestregardsfromfar

This year has been challenging for many of us, but I suffer the most about the lack of people at my stay.
The physical contact, handshaking, and hugging, laughing one in front of another, I miss that much!

Thus, it was a wonderful gift to receive an email from two lovely journalists who asked me for an interview about my cooking classes and me.

Marcella and Claire are experienced journalists, travelers, writers, and photographers, and the founder of “Best Regards From Far”

Their initial goal was to inspire readers and take those who cannot travel along. The blog has evolved into a rich travel website with an edge covering 24 countries on 4 continents (and still counting), and a broad range of topics such as culture, outdoors, gastronomy, environment, history, wildlife, adventure.

Just because they believe that in terms of traveling, niches do not make sense: it is with an open mind and curiosity that horizons get broadened and trips become life-changing experiences.

Please visit their website if you want to have the right suggestion about your next trip!

The origin of the most famous Italian dessert stirs up passions in Italy! In her kitchen overlooking the Sienese landscape, Marta looks at us puzzled as she answers our question: ”Siena, of course!” she says with her cute Italian accent. Born and raised in Siena, the passionate cook who graduated from the International Chef Academy has created her cooking school back in 2015. Marta Ciappi takes the dispute on the origins of tiramisu between Siena in Tuscany and Treviso in Veneto quite seriously.

If tiramisu became popular worldwide rather recently, it was most probably invented at the end of the 17th century.

A new sweet would have been ordered to the pastry chefs of the city to satisfy Cosimo III de’ Medici’s sweet tooth upon his first visit to Siena. He got very fond of the cake that was called “zuppa del Ducca” (Duke’s Soup) in his honour (and still qualifies a soft dessert that you eat with a spoon) and brought the recipe back to Florence with him, from where it spread within Italy and to Veneto. This history does not quite explain the strange name “tiramisu” that can be translated as “pull me up”.

This is where the naughty legend comes in the picture. In the old times, sweets were attributed aphrodisiac properties and offered to patrons of brothels. The original recipe includes eggs, coffee, mascarpone and Marsala. With its high fat and sugar content combined to a caffeine shot, the tiramisu was a real calorie bomb giving an immediate energy boost and was very appreciated by brothel customers.

It is more or less in the 1970’s that the recipe crossed borders and a more respectable and moral origin was presented: the world-famous cake would have been invented in Le Beccherie restaurant in Treviso. Originally, it would have been created to give an energy boost to tired pregnant or nursing women, and this would explain the absence of alcohol in that recipe.

If the origin of the tiramisu is mostly speculations, the traditional recipe of the most famous dessert of Italy is a sure thing, and there is no better place than Siena to learn it from the chef!

I hail from San Gusmè, a typical village in the Chianti countryside.

I have inherited from my aunt (Zia Nara) the art of cooking and all her ancient recipes. Take a moment to imagine those poor families in years gone by, limited to using only the local products available to feed their hungry families. With my husband we have revisited the old recipes using the same simple products, I reinterpret this classic Tuscan cuisine, reviving the ancient recipes and sharing the legendary tales that accompany these old recipes to provide you with a simple method to produce these mouth-watering dishes in the comfort of your own home.

The highest quality ingredients originate from our local farmers and agriculturists are the basis of all our classic.